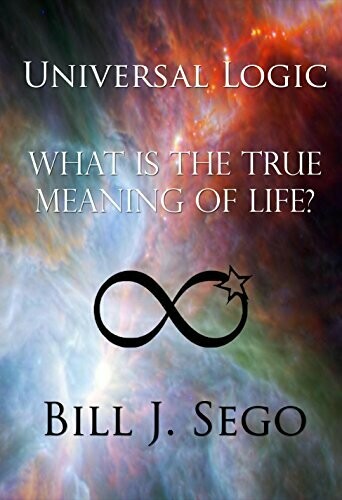 The Meaning of Life is the biggest, most significant question facing humanity. There is no other idea or concept more intriguing or thought provoking. Universal Logic utilizes philosophical, scientific, metaphysical, paranormal, and religious insights, combined with logical interpretations of each, to help answer life’s most compelling question: What is the true meaning of life?
Bill J. Sego served in the Army National Guard from 1990 through 1998 where he was a Hawk Missile Systems mechanic. From 1993 through 1997, Bill attended college at Ohio University and, after switching majors, later transferred to Hocking College. Bill is an established, part-time blogger on Hubpages.com where he hopes to do his part in making the world a better place for all of humankind. In addition to majoring in Secondary History Education, Mr. Sego enrolled in a plethora of different philosophy courses, later developing a unique genre that combines elements of idealism, rationalism, panpsychism, transhumanism, and futurism, all culminating in an ontology he calls universal logic. He feels each has something to contribute to the “big picture,” and his book outlines that model in a way the general public is able to comprehend with little effort.

Bill Sego was born in Columbus, Ohio. He and his wife, Candy, reside in Logan where they operate a small, local business. They are succeeded by 5 children, 2 grandchildren, 3 cats, 2 dogs, and a bunny. For additional resources visit: www.universallogicbook.com