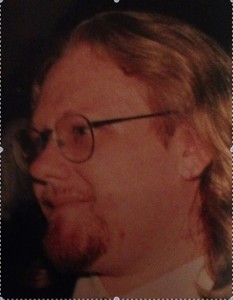 John R. McCormick was born in South Boston, MA, and has lived in various parts of the US before landing in Martin, TN with his wife and son in 2008. He is proud of his ‘writers’ lineage, as he is a distant relative to Irish writer, Liam O’Flaherty, who happens to also have been related to the famous filmmaker, John Ford. He is comfortable in a variety of genres, including Crime Fiction, Urban Fantasy, Detective, Historical Westerns, and YA Fantasy. He loves doing research and digging into mythology for his works, especially the Fantasy stories such as Samhain School of Ancient Knowledge. His favorite authors tend to be Mystery, Detective Fiction, and Fantasy. Currently, he is writing and homeschooling his son. He enjoys a good story and he loves quoting from Raymond Chandler:

Synopsis: 10 years after the death of his wife Siobhan, Brian CuCullen and his two sons, Kieran and Liam, are drawn back into the mysterious world of the Bene Lumen.  Brian must resume his role as Tiarnan, a warrior for the light, while his two sons must go on to attend the mist isle-school Samhain. All the children who attend this school represent generations of Bene Lumen being trained as charmers, conjurers, casters, and warriors. Thousands of years ago, it was Merlin who created Samhain for the Bene Lumen. We find that Liam and Kieran hold a special place in the school, as one might be the next Merlin, and the other the next Arthur. Samhain School of Ancient Knowledge tells the tale of the Bene Lumen and the Illuminatii a war between the dark and the light; a war between extraordinary human beings and evil creatures, demons, and warped human beings; and the CuCullen Family play an important role.