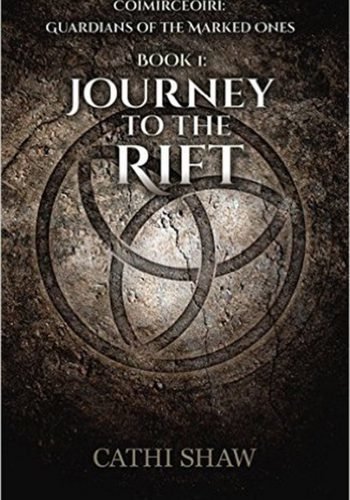 Journey to the Rift

Book One of Guardians of the Marked Ones

A dangerous quest into a forbidden land wasn’t exactly what Brijit CarnesIr was planning after her graduation from the Academy. For years she has looked forward starting her life as a member of the CoimirceoirI and she is thrilled to discover that she has been chosen as the Academy Apprentice of her year. But despite the fact that she has been longing to go to SEremEla and work with the Elders, it soon becomes apparent that her fate isn’t as rosy as it appears to be. First, she is paired up with a grumpy male apprentice from Stone Mountain, Weylon Forborrow. Second, it doesn’t take her long to discover that the Elders are not taking her to SEremEla, as tradition dictates. Instead, Weylon and her are sent to The Rift, a dead land tainted with evil. Even before they join the Elder royalty at TEarmann, an ancient fortress on the cusp of the Rift, Brijit discovers that the Elders are hiding too many things. She is given the task of helping the Princess in birthing the long awaited Queen of the Elders but nothing is as it seems. There is talk of an old and forgotten Prophecy, Weylon is attacked by a creature from the Rift and her grandmother is killed, after revealing a secret that rocks everything Brijit knows about her past. Soon Brijit questions everything she had been led to believe and, worse, she realizes that the future of SEremEla and all of Five Corners is in jeopardy, unless she can find a way to save it!