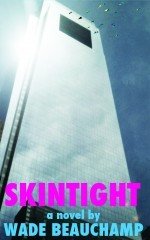 Criminal masterminds scheme and strategize. Would-be world conquerors plot global domination. Alien armadas amass and invade. All opposed at every turn by the Centurions, brightly-garbed defenders with unimaginable powers and abilities. On the streets below, Will Donner watches. Will used to be Century Man, leader of the Centurions and one of the most popular heroes Century City has ever known. He used to be up there, used to be one of them, until he mysteriously lost his powers. Will’s wife, Deidre, still fights for justice as the costumed avenger Supernova. Despite an increasingly distrustful government the celebrity-obsessed public can’t get enough. The adoration of millions has given the Centurions a level of fame usually reserved for Hollywood elite. As shocking truths about Supernova and her teammates come to light, how far will she go to protect her fame and fortune, not to mention her marriage?