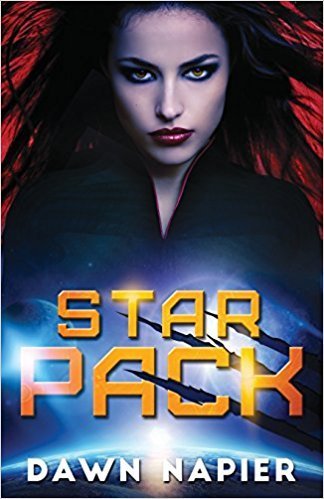 The universe, some say, is so big that anything one can imagine is likely to be true somewhere.

The people of Garou were once cursed with an affliction that warped their minds and tortured their bodies when the full moon rose in the sky. Centuries later that curse has become a blessing; the shape-shifting hunters have learned to get along with the inner wolf rather than battle it to the death. But they remember, and they teach their young to always respect their instincts. The wolf’s power has been harnessed, but it can never be tamed.

The hunters have reached the stars, with the help of a remarkable mineral called the leap gem. Across the galaxy they travel, collecting scientific wisdom and harnessing the natural resources of the worlds they discover. When they discover a distant planet with gravity and oxygen similar to their own, it looks like a world ready-made for conquest. Mirra, the youngest star captain in history and possibly the most ambitious, leads her pack to the surface with the expectation of mastering and owning this new world.

She names it Otsanda, the She-Wolf.

But there are a few surprises waiting for her and her crew. The first is that the world is already inhabited by intelligent creatures, making it unfit for colonization, to Mirra’s bitter disappointment.

The second is that the two-legged inhabitants bear a striking resemblance to the Garou hunters themselves. The resemblance is so close, in fact, that the science officers wonder if the two species could be related. But that’s impossible.

The third surprise is that the natives seem to know all about the hunters. They scare each other with stories about them, about their moonlit curse and their bloodthirsty past.

They call them “werewolves.”