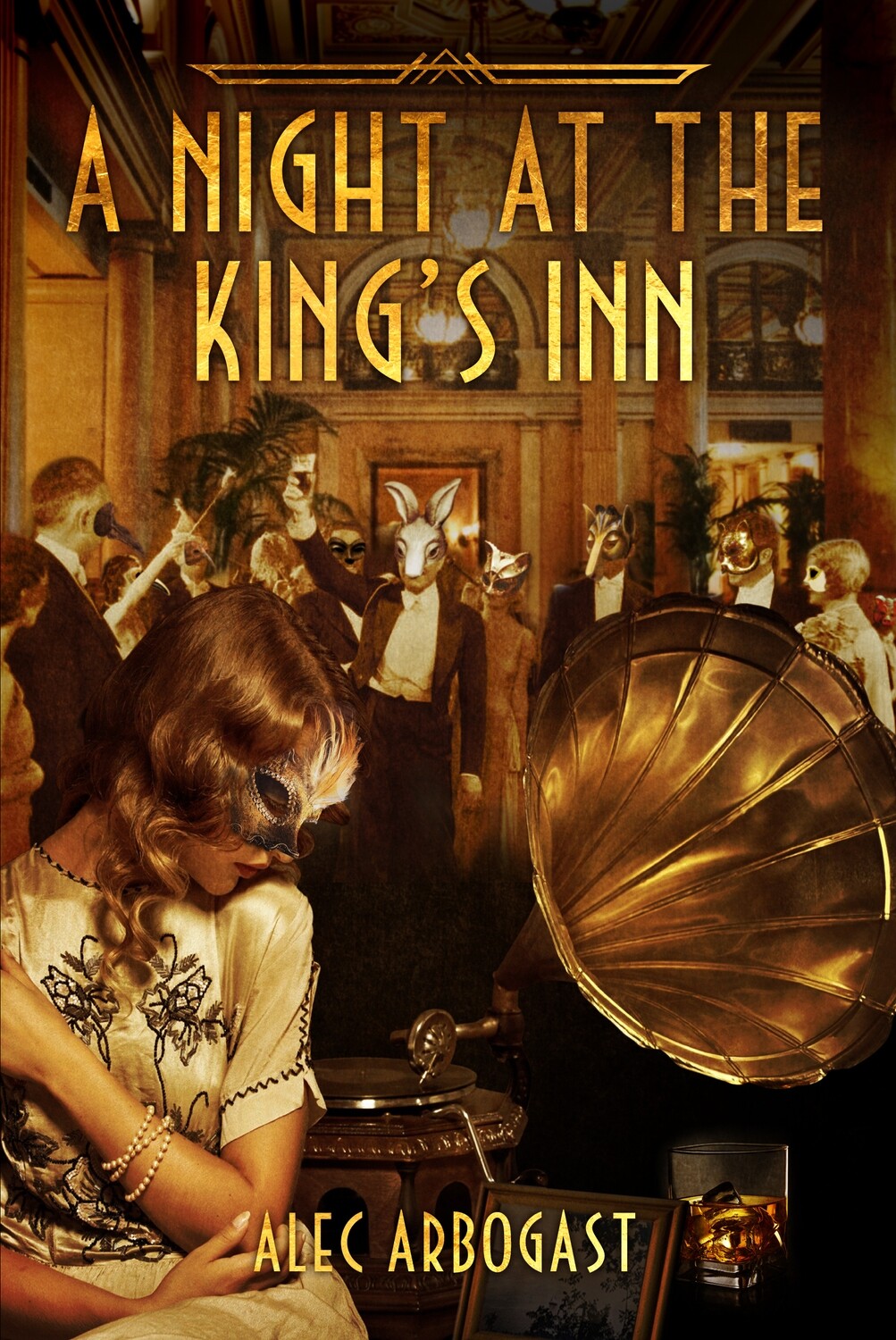 A Night at the King's Inn

Theodore is an introvert. Friends are a bother and being put in social situations is cruel and unusual punishment. Avoidance is the name of the game when it comes to relationships and he's adamant he wouldn't have it any other way. But deep inside he yearns for something...more.

When his vivacious, thrill-seeking sister Alice invites him on another one at her atypical adventures, Theodore finds that his life predicated upon comfort is about to be turned on its head. They venture to an ultra-exclusive speakeasy in Manhattan's West Village, where he happens upon a vintage gramophone that does more than play a simple tune. He cranks the lever and a portal to another world snaps open. Before he can react, Theodore finds himself in a posh hotel, navigating a mysterious and menacing masquerade ball in 20th century London.

In the maze-like halls of the hotel, he brushes shoulders with a coquettish young woman who, coupled with the mysterious allure of the masquerade, ensures he'll return to this foreign world to uncover more. But as he delves deeper, he finds himself in the middle of a socioeconomic conflict across a mercurial and hostile landscape where cocktails and charisma are more dangerous than loaded guns.

If he wants to lead the substantive life a part of him has always known he deserves, he must not only outgrow his circumspect ways and face the dangers of a socially adept furtive society, he must also face the demons of his own past which crawl to the surface as he unravels the mysteries of a bygone world.