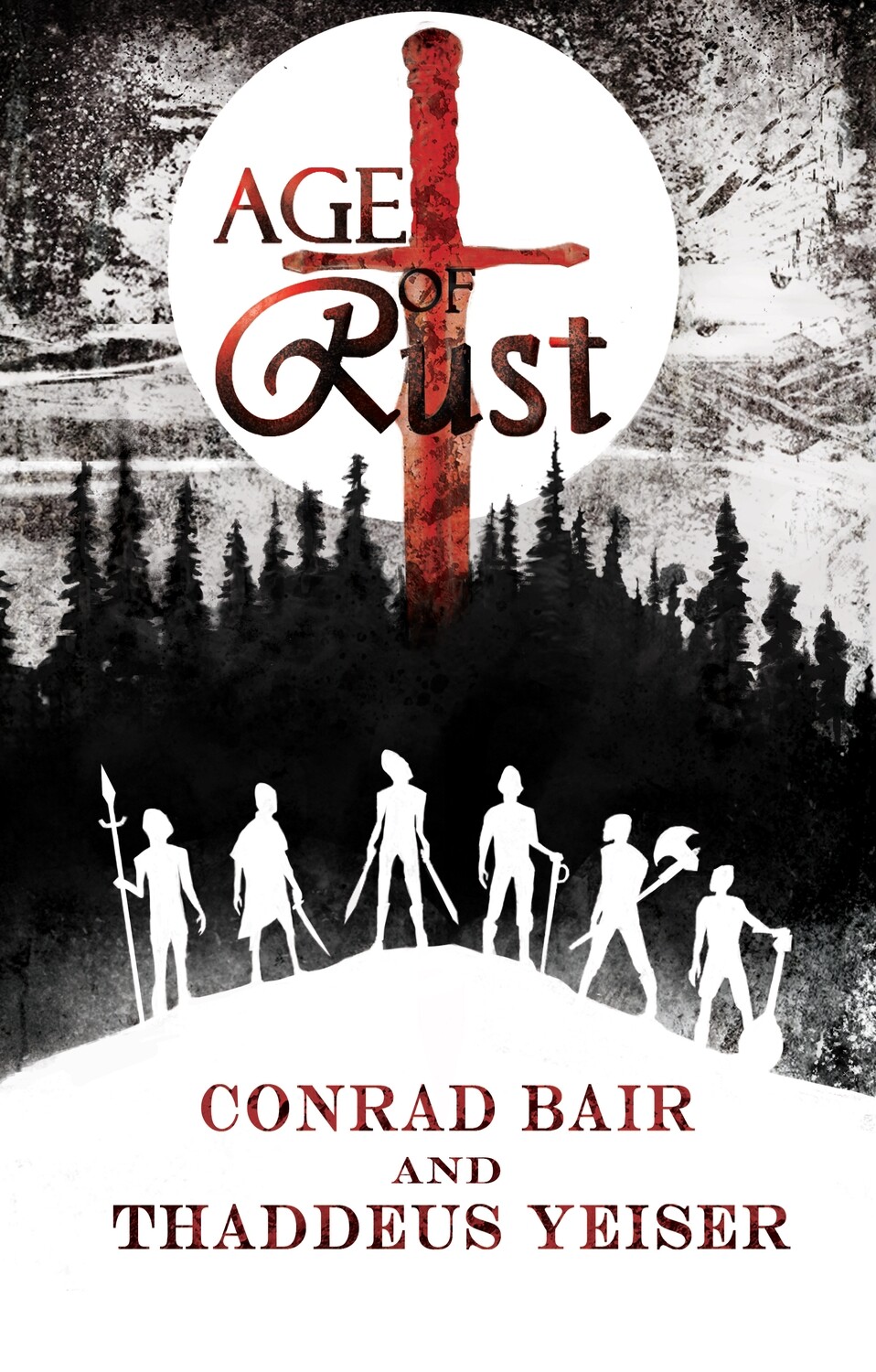 No records show how it happened, though everyone has their beliefs as to why the golden age of man fell seven hundred years ago. Since, humanity has managed to rebuild a modest civilization from the ruins. Now a medieval war begins to ravage the land once known as America. The lives of six young men become ensnared in the violence as they serve the Eastern army. Chief among them are Tavin, the son of a respected general and Seneca, a physician drafted away from his studies.
Loved ones left at home are threatened when Kayzitt, the zealot Western officer, leads his marauders behind enemy lines. His cruel methods devastate every community he encounters and the East seems doomed to fall under its own weight as he makes a name for himself in the legends of the militaristic West.
But the six heroes notice that something has changed inside themselves. Their minds are subtly connected in a way that cannot be explained but lends them increased prowess on the battlefield. Inevitably, their skills place them on a collision course with Kayzitt that will shape the future of the nation.
Age of Rust is a tale of displaced youth, the struggle for life, and the peril of love in war-time. It is an ode to masculine vainglory and the valor in conflict as it bridges with the feminine witness of human corruption and loss of innocence.