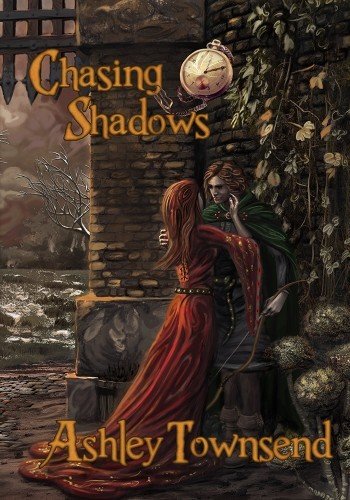 Would you choose to entwine your fate with a hero of the past, even if it meant altering the future?

The murder of an ancient king spurs Sarah Matthews to travel back in time, putting her life in jeopardy as she races against the clock to solve a thousand-year-old mystery and pick up the pieces of her star-crossed romance. Her return to Serimone reveals that the kingdom is in upheaval under the new regime, and unable to right the empire alone, Sarah seeks out the help of Will, the town’s blacksmith and secret vigilante. But her hopes of rekindling their fairytale romance are dashed when a discovery about his past severs their fragile relationship. Confused and alone, Sarah throws herself into her mission at the castle, though the fearsome solitude of the stonework prison causes her to seek out an unlikely ally.

Damien Lisandro is a dashing Spaniard who brightens her dull world with his kindness and disarming charm. But as Sarah draws closer to him and to the faceless killer in their midst, she realizes that the severed threads of time and the mystery surrounding Serimone Castle are unraveling rapidly, weaving new tapestries of devastation. When a counterfeit Shadow tragically claims the life of someone Sarah cares for, and with Damien running from a dark past and secrets of his own, she wonders whom she can trust. Knowing the murders are connected, Sarah scrambles to uncover the identity of the imposter on her own. But as more lives are lost in her personal crusade, she questions how far she is willing to go to bring the guilty party to justice. Sarah is forced into harm’s way countless times as she races to solve the puzzle before it is too late and Serimone becomes nothing more than a faded memory of the past. . . And before Sarah herself becomes a permanent fixture in history.