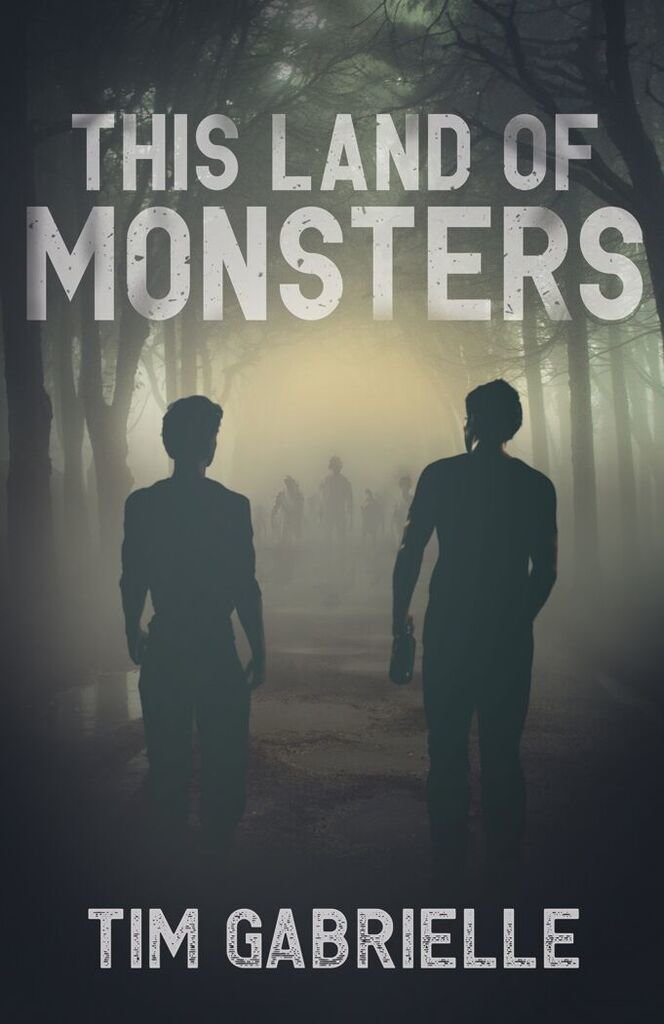 This Land of Monsters (Paperback)

It's bad enough his mother is DEAD.
Even worse — he's been left alone with his abusive, alcoholic stepfather, Duncan.

When an apocalyptic outbreak of a highly infectious disease wipes out most of humanity, seventeen-year-old Nash must avoid being killed by the victims of the outbreak, blood-thirsty monsters called Howlers.

After a routine scouting mission, Nash and Duncan stumble upon a hidden sanctuary in the woods where Nash finds the acceptance and love he's been searching for since the world ended. But when a mysterious cult leader overruns Treefort, Nash and his newfound family must bend to his will or organize a rebellion.

With enemies both inside and outside the fence, Nash and his family must fight for their freedom, and their lives.