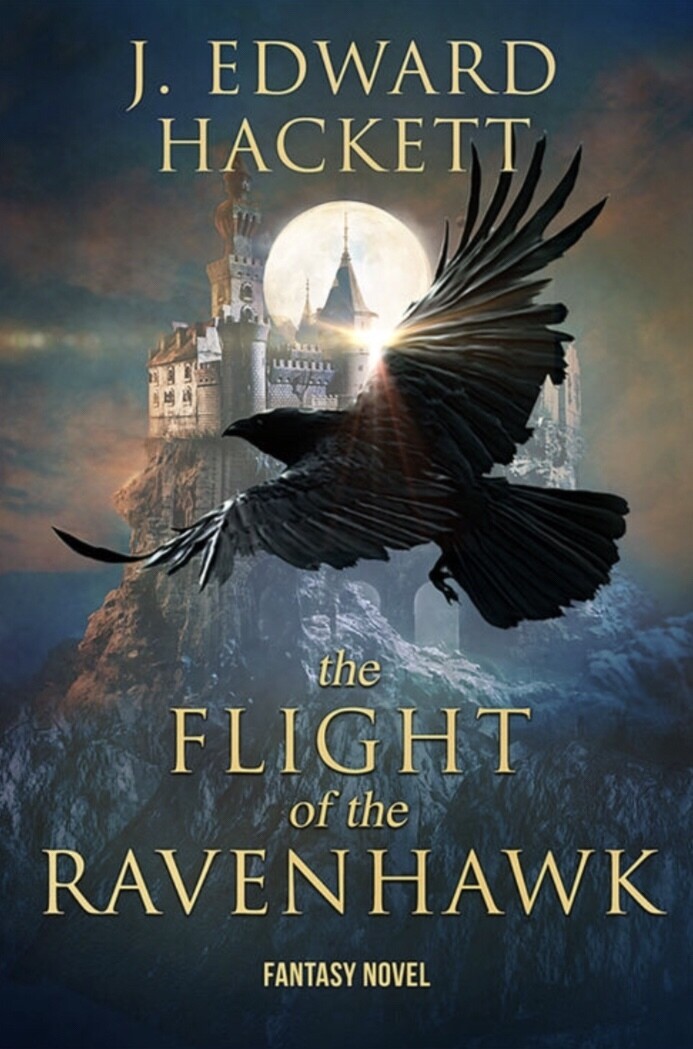 The Flight of the Ravenhawk

A second-born prince. A banished elven princess. And a power-hungry Necromancer.

Kalero Tremayne is second-born Prince of the Allurian Empire and a talented wizard and scholar. Sheltered by the throne he writes boldly about the Lightdweller religion, the Wizardium, his brother, the King, and the treatment of non-magickal subjects in the kingdom.

After distributing his writings on forbidden magick through Alluria, Kal is brought before the tribunal to face his crimes of treason against the crown. He is ordered to recant his beliefs, but Kal refuses. The punishment: Death.

In dragon-form, King Darnashi embraces the power of the Underdark in an attempt to carry out Kal’s sentence. Forced to flee, Kal finds himself in the Ancestral Wood with, Sylvara, an elven princess outcast. While Kal learns the balance of his power, the world of Apeiron is crashing into war.

Book 2 in the Ravenhawk Chronicles coming Fall 2022: The Rise of the Azure Spire!
Want an e-book instead? Click here for the Kindle Version!